Don joined the Creatures Community back in December 1996 as the webmaster of AmberCreatures, a known developer for each of the games and our unofficial Creatures technical support.

She is a regular visitor to alt.games.creatures, CC Chat, Sine and the main community forums, and even featured in the first ever Much ado about Norns newsletter here in 2000. She is also a wikicities administrator and wikipedia user.

In RL, Don is an overworked CTO, having previously worked at Maxis as a Content Designer on The Sims, with a Masters degree in Software.

She has a keen interest in cross-platform software development, graphic design, web engineering and online RPGs. Don mostly programs in C++, Java, PHP and SQL, designs graphics & layouts in Photoshop, and all too frequently upgrades her computer to keep up with the latest technology.

During her time off Don tries to steer away from computers where she can, enjoying travel, photography, shopping and the usual socialising. 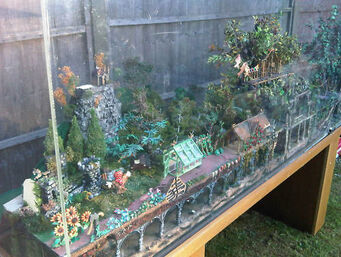 Don has been a Creatures fan since the initial release of Creatures 1 and has followed the series fanatically ever since. The above photo shows the main bulk of her Creatures hoard, which includes every Creatures box set ever released for every system (even though she does not own a PlayStation).

Affiliations, Past and Present

What's In a Name

The story behind the AmberShee...

Having begun in the community as 'The Shee Apprentice' in 1996 while gathering resources, documentation and programming tools to learn how become a Creatures developer, it seemed appropriate that once ready to start making her own cobs, breeds and worlds that she should take a new name. Don had always had a fascination with the stone 'amber' and the secrets it might keep from the age of the dinosaur; So, after having completed a number of small projects such as new butterfly and fish critters for Creatures 1, she decided she should evolve into the 'AmberShee', and began work on an ancient AmberCity world, reminiscent of the later Ettin temple in the desert of Creatures 2.

Her main development machines are as follows:

Don has developed addons for Creatures, Dogz, Catz, Oddballz, Babyz and The Sims games, amongst other things. 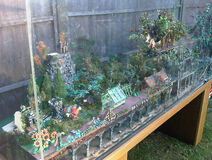 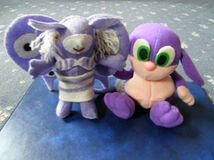 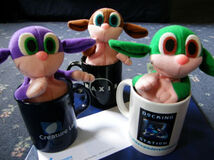 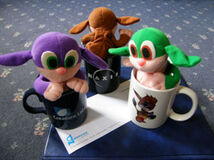 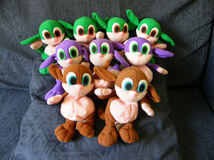 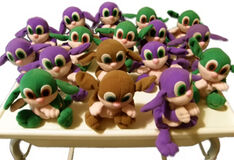 Don is the proud owner of a hand made Butterfly Norn Norndoll (shown right), designed especially by her good friend Data back in May 2003.

Don owns the full collection of Creatures posters: the four Creatures 2 posters and one Creatures 3 poster, both Creature Labs and Gameware Development mugs, the Creatures mouse mat, The Forest Scene background model, and a couple of souvenirs from the Hatchery model.

Back in 1998 Don, being the artistic type, even had a go at making a few Creatures 2 Norns of her own. The small tribe of clay creatures she produced were around 2cm high and included purple, brown and blue Norns. It wasn't long before she decided to try her hand at Grendels and Ettins as well in order to complete the miniature scene. See right.

Back in July 2010 Don began wondering how difficult it might be to make a Norn, so she bought a pack of felt and some supplies and, despite having not made a plush toy before and not being willing to take any of her dear Norns apart, nine attempts on here are the results:

The following gallery shows Don's progress on designing her own Norndoll template pattern and starting a small new Norn colony, with a little Nornish help holding the pieces ;)

The first Norn was nicknamed Beta Norn, then came an Aqua Norn, Burgundy Norn, Fuchsia Norn, a black Ninja Norn and a Ruby Norn. You can find the template v5.0 with full instructions, released during the CCSF 2010, here with prior preview photos here. 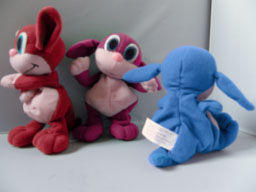 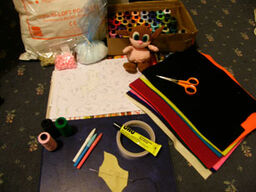 Retrieved from "https://creatures.fandom.com/wiki/Don?oldid=52937"
Community content is available under CC-BY-SA unless otherwise noted.