Creatures Wiki
Register
Don't have an account?
Sign In
Advertisement
in: People, Agent Engineers, Graphic Artists, Retired from the CC

Zareb is one of our more prolific metaroom creators, having created such rooms as The Ancient Arch, Zaharo, Gardenia, Aquatopia, Aquamind and Nornhulu all available at Zareb's Creations. He is also a wiki user.

Zareb is an artist as well as a CAOSer, and he promises us we'll definitely see more from him in the future. You can read an interview with Zareb for the CCSF 2006.

Zareb is currently of the boat :) [I decided to retire from CC some time ago, because of my lack of motivation coupled with the departure of so many people. Currently I intend to go back to some 3D work, so ***maybe*** this will be used to, dunno, create some things.]

This metaroom took about 6 months to do.

The background of this room took 3 hours to do, and the coding of the pumpkins about an hour - the agents for zaharo took me 2 days to do, and they were my first bit of serious CAOS.

This project started in August 2004, and had many breaks in its development

Something about 2 months of work on Gardenia, and mainly because of my old PC's speed ... heh, Bryce isn't a very fast renderer ...

About 3 weeks of work on this metaroom, 2 weeks of hard modelling, at something like 14 hours a day, then one week of critter modelling and CAOSing them (this week I slept about 48 hours - all the time I was coding, recoding, re-spriting ... you don't know how many tries I had before I found the actual critters ... Even I don't know :) )

Something like ... errrr 1 month of work on this metaroom ... at the begining i wanted to create a tutorial on 'how to make rooms in photoshop' but it turned out to be a metaroom, or rather a set of 2 metarooms after all... As always, new critters, new plants, and a feel of inspiration, taken straight from somewhere out of nowhere... (lol) As with almost each of my rooms, I have spend an unendless time (as it seemd to me) to do little details, and this can be seen in the second part of this set of 2 rooms : the aquatic one i mean - Quite big, and with some Lovecraftian reference... 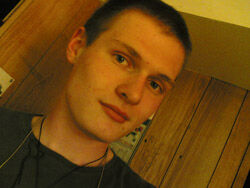 After C3 came out, I wanted it because I saw a good teaser about it in a famous PC magazine. My parents were in a "no, never! games will make you addicted" rampage, and they didn't buy it.

I went one fine day to a shop were there were things salvaged from shops that had accidents like burning or such - I saw C1 here, and decide to buy it (20 francs, this means around 3,5 euros or 2 pounds) I started playing it, but my norns were always dying or such. - I think I succeeded in having 10 eggs or such.

Then one friend of me told me that his cousin had C2, and that he himself had borrowed it from his cousin. I got C2 from this friend - and played it a looong while, downloading a huge amount of C2 material with my old 56k modem ... lol, making new genomes ...

I started playing it, and was bored quite fast - the same as always. I went hunting for new agents and such. I found plenty of them and decided to download some breeds - I got some of them, and started playing again, this period took some time too. Then I saw DS was out and got it - my old PC wasn't powerful enough to run DS docked, and that's why I switched to DS only ... (I'm still playing it now, as a standalone) - then I saw many metarooms and such - and I saw that GW made the Room Editor free - I decided to do my first room, Aquamind, which was a total compilation of rubbish, then after some *nice* comments from some members of the dead MC, I started a new metaroom, and I was taught by Sent almost all what was needed to do a room in a 2d program - then I've done a room, and this was the first room of TAA - but when I did the second room, my skills were better, and the 1st and 2nd didn't fit together - I've redone both of these rooms.

While doing TAA I made zaharo.

Then Gardenia for the ccsf 2k5 - I made it with Bryce and PSP, mainly on my old PC - rendering the trees was taking hours, and after 2 months it was done. After Gardenia I decided to enter the 3d world, with a new PC, and new motivation - in 2 weeks I learned enough to make some basic shapes destined for Aquatopia. 3 weeks after this moment, Aquatopia was finished.

Currently I'm working on the CCE, as the Head of the Sprites Department - Most of our plans are secret, but I can tell you that my skills are improving each day, and currently I'm making things that when finished, will redefine your opinion on my work. - to a better one I mean, of course.

Community content is available under CC-BY-SA unless otherwise noted.
Advertisement